So back in July I took part in the Anchor’s hope Team cup event at Coking Farm raising money for the RNLI which is an amazing charity.

We all arrived at the venue on the Friday morning and the Weather was not the best, sun was shining not a cloud in the sky, with very hot Conditions and the Bar pressure was high.

As this was a team event, the captain spot was the first pick out of the bag and would you believe it I was of the captain of the white team, so from there we had to pick our team members.

Once the team members were all picked it was time to pick the pegs, I ended up picking Peg 63, which I think was everybody’s last choice of Peg due to the small body of water to fish in.

I wasn’t to disheartened with my Peg draw after speaking to the on site bailiffs as they did recommend some spots that can produce fish.

When I arrived at the swim there was a steady North easterly blowing down to my Right hand side and seeing quiet a few fish in the bay to my right gave me confidence straight away (even though that was not my water) I knew that fish would have to pass my spots going in and out of the bay.

With the weather conditions as they were I was not expecting any daytime bites, so I went about finding some spots that I was happy with ready for the evening. Like I said earlier with the Limited body of water I had to fish with I decided to stick with only 2 rods  even though it was a 3 rod limit to try and minimise the amount of line pressure in front of me.

After finding 2 spots which I was very happy close to the island, I decided to fish 2 Fluorocarbon D Rigs Using the Nu-Trine Barrel Wafters just because there is a lot of pellet that get used on this venue, both rigs were put out late afternoon, I had seen fish patrolling up and down in front of the island all day so was feeling very positive leading into the first night. Throughout the day I was feeding little and often with a mixture of Pellet and washed out UltraNut soaked in water and NUTmino.

At first light my Right hand rod burst into action with a solid 1 tone take, the  fish took me straight down into the bay to my right and after a 15 minute battle I netted the fish, at this point I didn’t know what fish or how big it was going to go as I was still half asleep.
I called the Marshall as all fish has to be weighed and verified by them in match conditions ….. It was at this point when getting the fish out of the water I knew that it was indeed a big fish……. The scales went round to 41.15lb and it was the biggest fish in the lake known as “BIG MO”…..

I was absolutely buzzing as this was my first ever fish from this lake as well as a new PB.
Photos were done as well as the mandatory PB soaking which I know the guys thoroughly enjoyed. 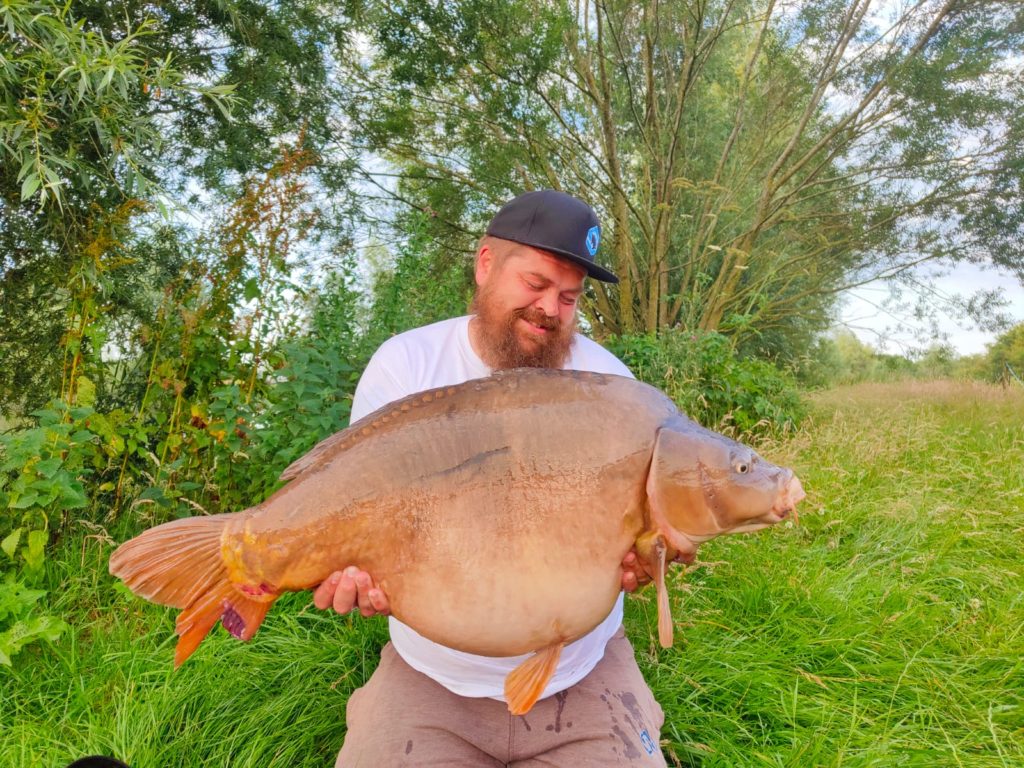 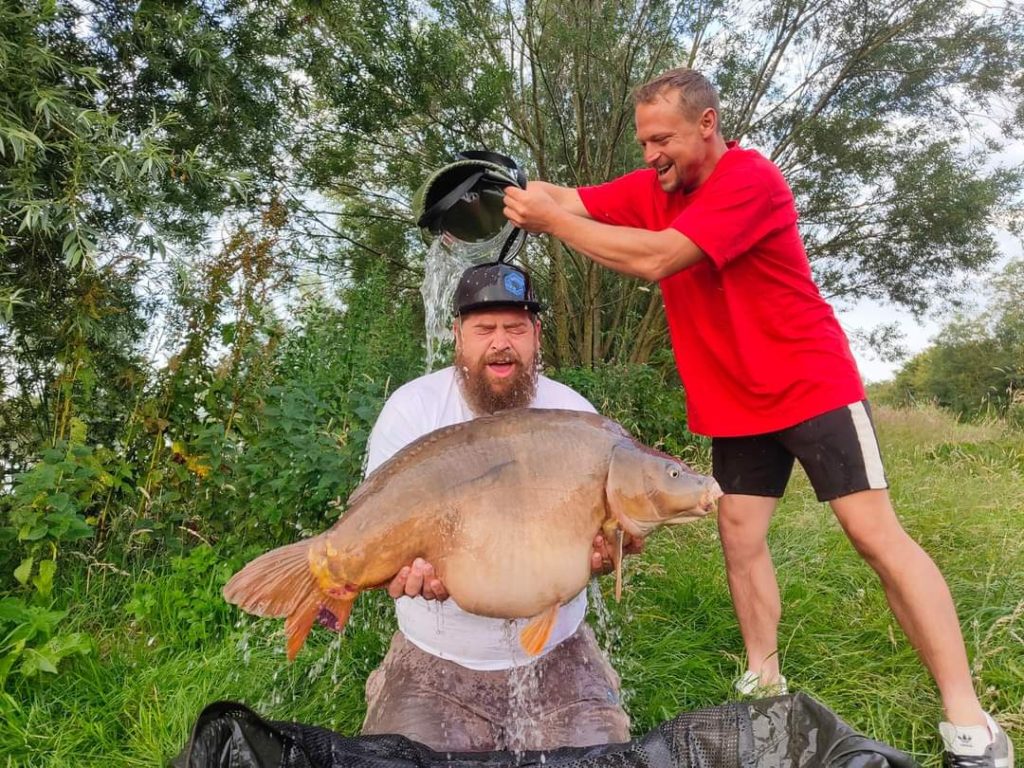 After putting “BIG MO” back, I sat back and was in disbelief at what had just happened! Again, Saturdays weather was the same as the previous day…. Sun shinning…. No cloud cover…. North Easterly winds.

I decided to rest the swim for most of the day as the fish seemed to be more interest in basking in the sun than feeding.

So as late afternoon approached, I put my Trusty Fluorocarbon D Rigs back on the spots. In the early hours of the morning the same rod burst into action, this time it was no PB but a beautiful mid double fully scaled stocky that was introduce into this lake back in the winter. 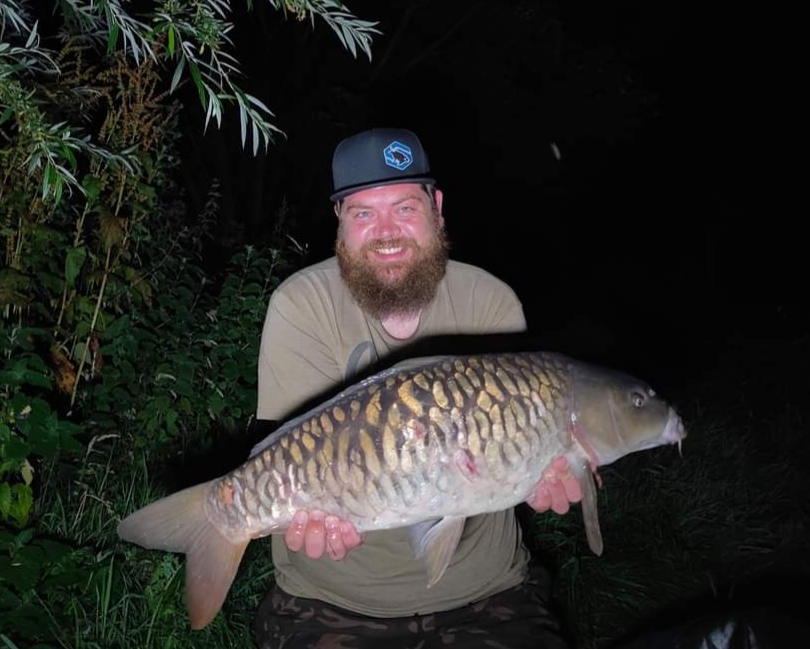 This was the last fish of the match and secured a WIN for us on the white team.