I started using CR Baits at the beginning of 2017 after talking to a friend that was already using the bait.

My most memorable capture and trip would have to be my first ever session using the CR1 in France at a venue called The Graviers in Dijon which was also my first ever French trip.
On arrival we were greeted by the owner Luke Moffatt who talked us through the rules of his Fisherie and also told us that the previous anglers had struggled the Week before.
Whilst walking around the lake we saw multiple fish show out in open water.

My baiting approach for this week was to bait little and often, I started by finding my spots with an echo sounder and dropping about half a kilo of CR1 18mm boilie in the spot using a bait boat as we were fishing at range, and then using a throwing stick I would Scattered about 30-40 Baits randomly around my baited spot.
My chosen rig for this week was the German rig with an 18mm CR1 bottom bait Glugged in the Matching CR1 Glug
My first fish came 48hrs later, I was sat outside my bivvy in the sun enjoying the peacefull surroundings and then all of a sudden my alarms went into meltdown and line was being stripped of my spools, I picked up my Left hand rod and a 20 minute battle resulted in a 42lb Mirror I was now on such a high as this was my first ever capture on CR Baits. 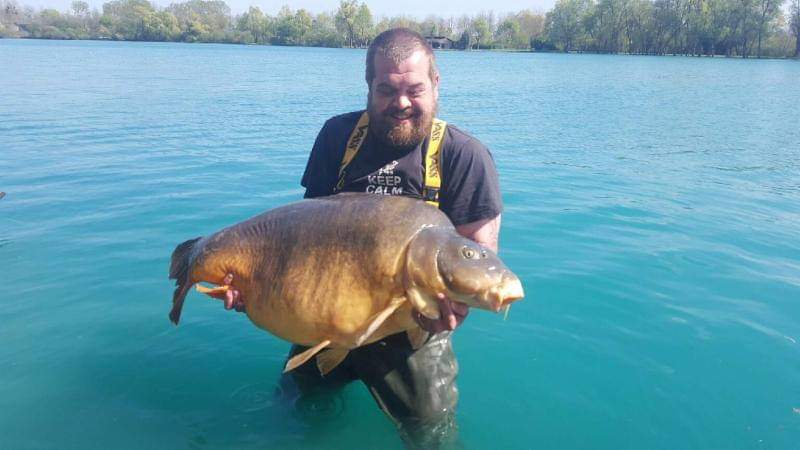 I carried on with the same baiting approach and 48hrs later I was in again, however this was different from my first take as it was a couple of single beeps and a drop back, I picked up the rod and wound down about 15 times before I felt anything, this battle was different to the first as this fish was heavy and stayed in deep water it was not shredding line it was plodding. After about 30 minutes it surfaced in front of me and I was is shock to see what was before my eyes…… After netting and weighing it the owner confirmed it was a fish know as THE BROWN ONE at a staggering 80lb…….this is one session that i will always remember and ever since this session I have not looked back and CR have grown from strength to strength. 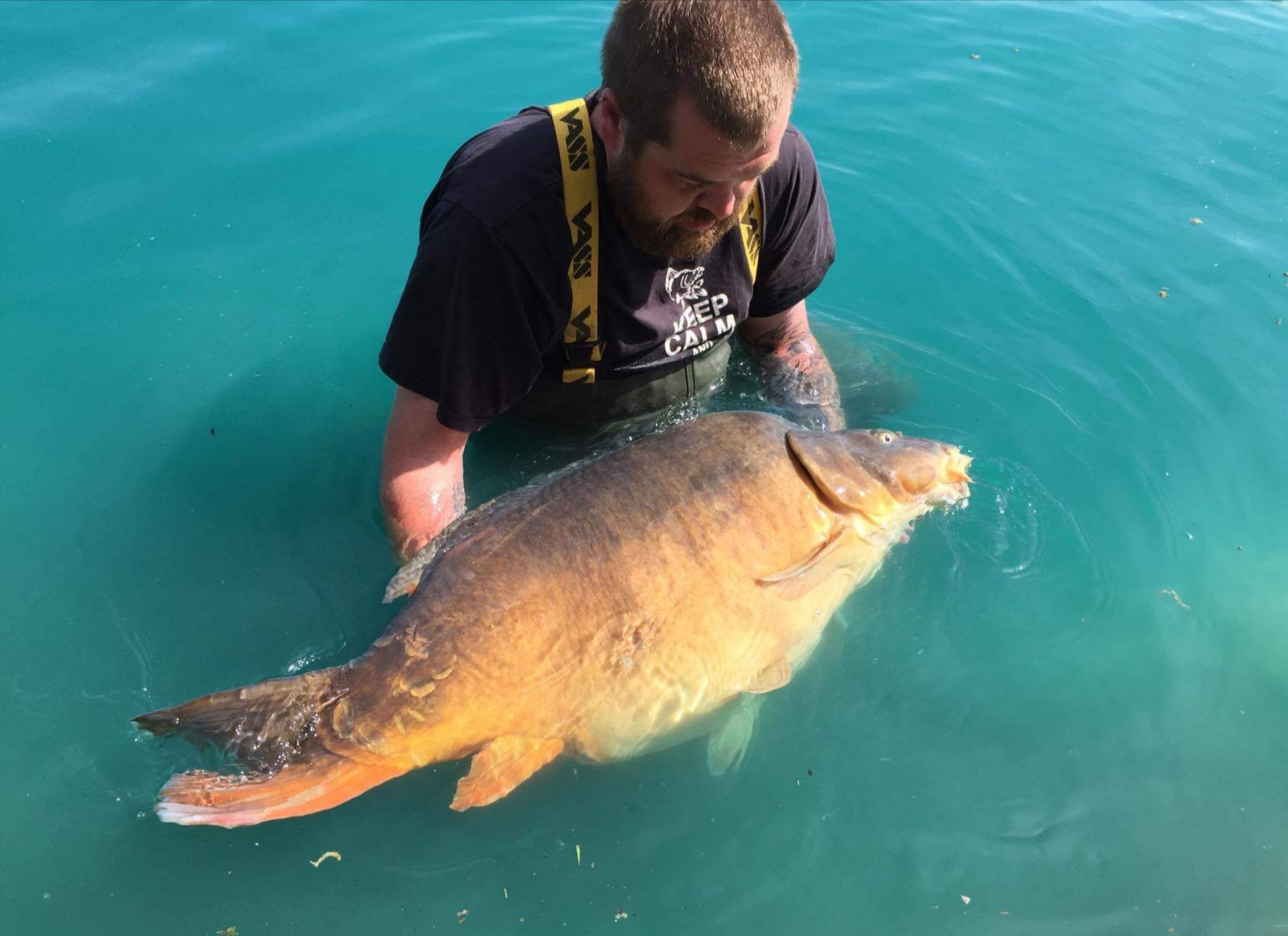